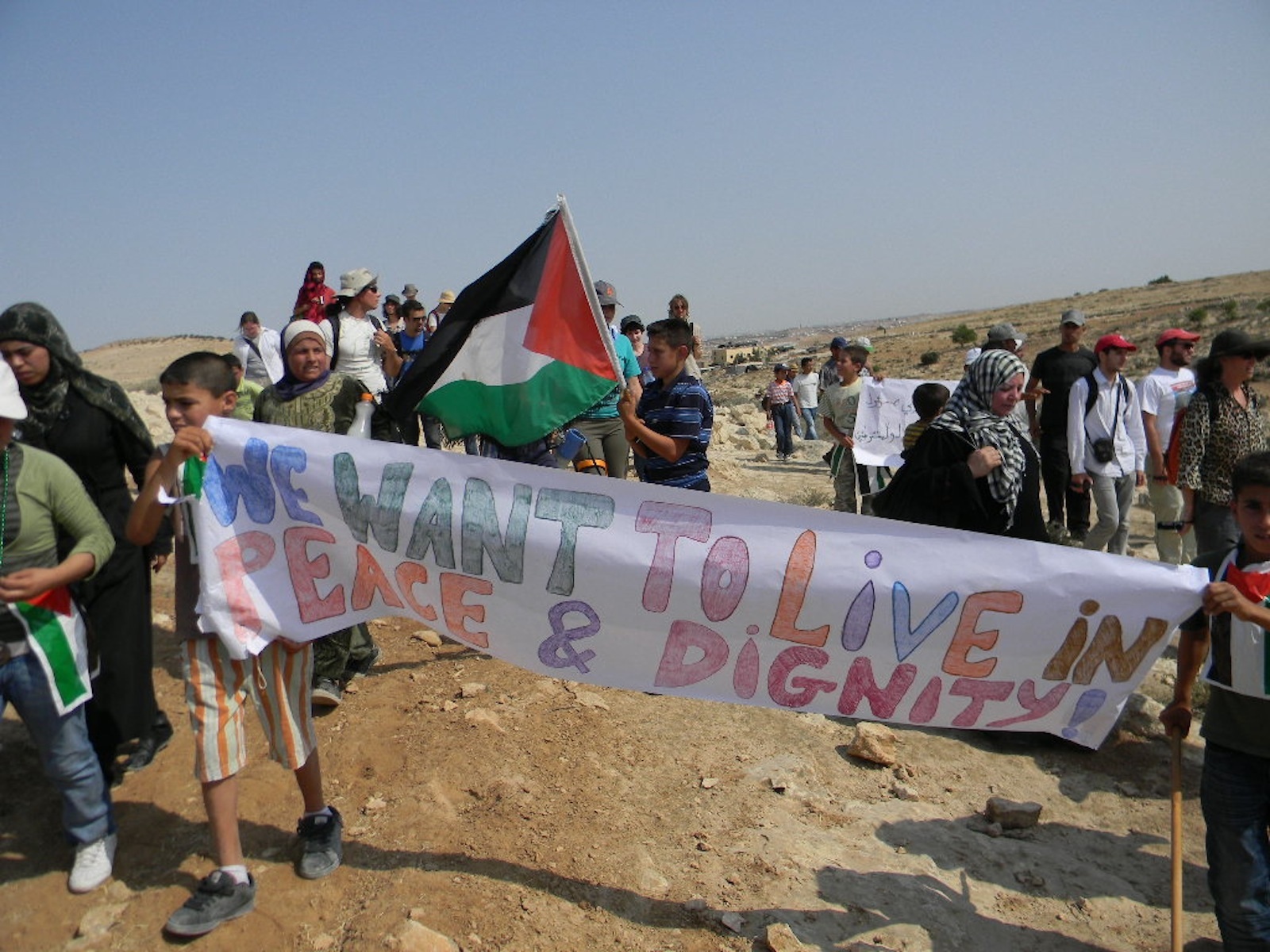 Since 2004 Operazione Colomba is present in At-Tuwani, a Palestinian village located in the South Hebron Hills, West Bank. This is an area occupied and totally controlled by Israel. Moreover, there are many Israeli settlements and outposts, that are violently expanding into the Palestinian lands. Despite this, the local inhabitants have chosen to remain there and to resist in a nonviolent way.

Operazione Colomba supports such a choice by accompanying Palestinian farmers and shepherds on their own land. Especially in those areas more exposed to settlers attacks and army harassment. Furthermore, every morning they monitor the Israeli military escort that should protect Palestinian school-children on their way to school and back home. The army, in fact, escorts them on a path where settlers have attacked many times. When the military escort is not present, the volunteers denounce this absence and  offer personally a civil escort. In extreme cases, they interpose themselves between children and settlers. The volunteers also cooperate with Israeli associations and informal groups of human rights defenders that actively work on the field or give legal support to the Palestinian nonviolent resistance. Finally, they write reports and spread news, via Israeli and International media and institutions, about violations of human rights and abuses.

Syrian refugees peace proposal. Follow us for updates and support it!